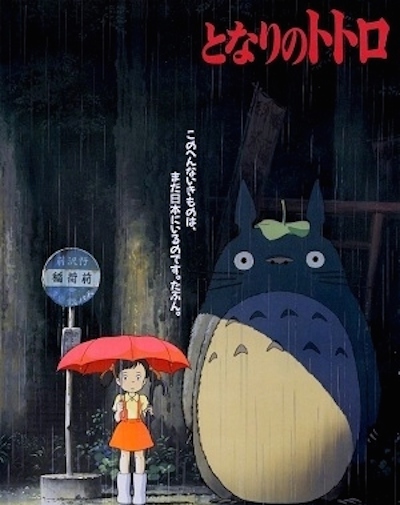 Tonight's Anime Month screening is Hayao Miyazaki's My Neighbour Totoro, one of Miyazaki's most beloved films. His later works - such as Ponyo, Princess Mononoke, and particularly Spirited Away - have achieved international recognition, though in Japan Miyazaki is still best known for the magical innocence of My Neighbour Totoro.