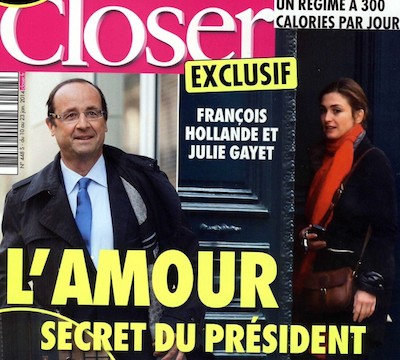 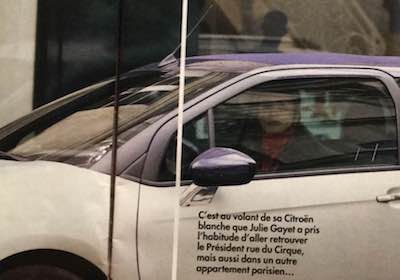 Actress Julie Gayet has issued a lawsuit against the French gossip magazine Closer, suing for breach of privacy and seeking 50,000 euros in damages. In its 10th January issue, the magazine published a series of photographs that it claims depict Gayet and French President Francois Hollande meeting for an affair.

Following Gayet's writ, the magazine has pixelated the Hollande and Gayet photographs on its website. Gayet is also suing over a picture in the current print edition, taken by Laurent Viers and published today, showing Gayet in her car.

Hollande has not commented directly on Closer's allegations. His partner, Valerie Trierweiler, sued Closer and other magazines in 2012. Hollande is unpopular due to the country's weak economy, though the French respect for privacy means that the controversy is unlikely to be politically damaging.

Closer previously caused a scandal when it printed topless photographs of Kate Middleton. Middleton and Prince William sued successfully, and the magazine was ordered to cease all distribution of the photos.