The Vagina
A Literary & Cultural History 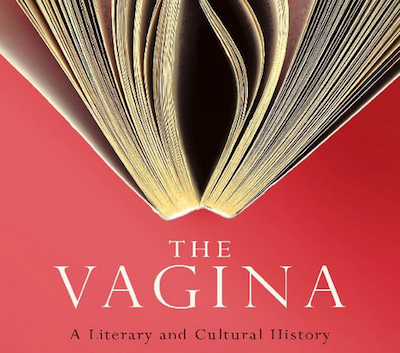 The Vagina: A Literary & Cultural History, by Emma LE Rees, is a study of cultural representations of the vagina in literature, the visual arts, and the media. Coincidentally, Naomi Wolf wrote a book on the same subject earlier this year (Vagina), though Rees began researching and writing The Vagina several years before Wolf.

Just as this year saw two cultural histories of the vagina, by Rees and Wolf, a decade ago there were two other vagina books published almost simultaneously: Catherine Blackledge's The Story Of V and Jelto Drenth's The Origin Of The World. Rees's book is superior to all three previous works; its scope incorporates linguistics, mythology, feminist theory, art, literature, and popular culture.

Rees observes that the vagina and the c-word exist in a paradoxical state of "covert visibility". They are familiar, yet unseen. Their cultural representations often take the form of thinly-veiled allusions, indirect references that the audience understands without making them explicitly visible. The euphemistic phrase 'the c-word' itself depends upon such collective understanding: its true meaning is hidden in plain sight. Rees calls it "the don't-see word", and argues that "if we make the c-word seen, might we fundamentally reclaim the right to talk about the significant issues it currently eclipses?"

Rees (like Marina Warner in Phantasmagoria and other books) draws on a wide range of cultural reference points, from mythology and folklore to pornography and sitcoms. Her background is in Shakespeare studies, although she makes no distinction between literature and popular culture. Consequently, her book is the first truly comprehensive cultural history of the vagina.
Categories: book reviews, the c-word
continued...