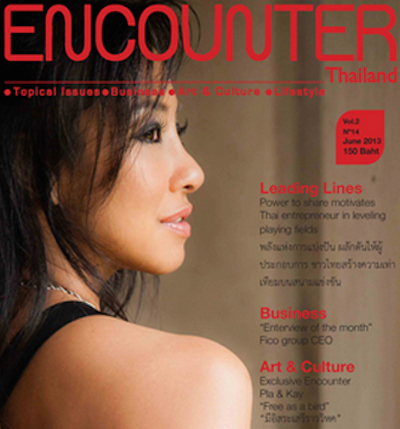 I interviewed film producers Kay Sitongdee and Pla Komaratat as the cover feature for the June issue of Encounter Thailand magazine (Free As A Bird, on pages 28-31). The article has also been translated into Thai.

I've written a feature on the Thai ghost Mae Nak, for the same issue, reviewing the new film Pee Mak Phra Kanong (the most successful Thai film ever made). The article (The Haunted Screen, on pages 32-33) traces Mae Nak's extensive film appearances, including the classic Nang Nak.

I interviewed Apichatpong Weerasethakul for the May issue of the magazine, and I edited the February, March, and April issues. My previous articles were published in October, November, and December last year.