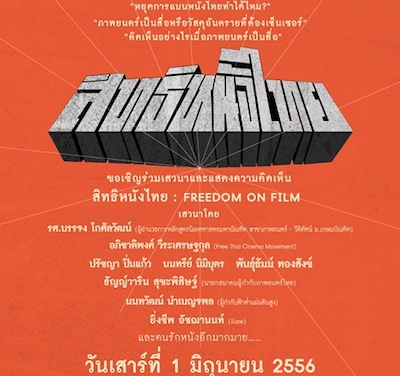 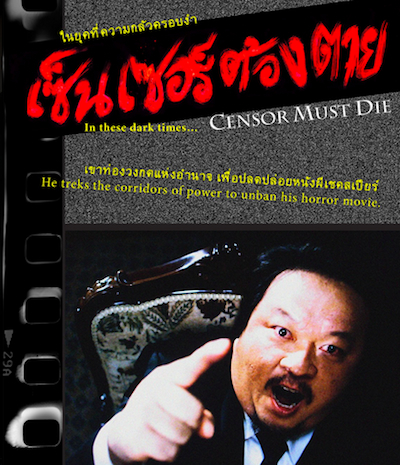 After a hiatus of several years, the Free Thai Cinema Movement has recently been revived following the confusion surrounding Boundary, a documentary about the disputed Preah Vihear Temple. Last month, the Ministry of Culture announced that Boundary had been banned, though two days later they performed a suspicious U-turn, explaining that the earlier announcement had been made by an unauthorised sub-committee.

Nontawat Numbenchapol, director of Boundary, will take part in Freedom On Film, a seminar on Thai film censorship at BACC today. He will be joined by Apichatpong Weerasethakul (who founded the Free Thai Cinema Movement after Thai censorship of his film Syndromes & A Century), Tanwarin Sukkhapisit (director of the banned Insects In The Backyard), and Nonzee Nimibutr (director of Nang Nak).

The seminar will be preceded by a screening of Censor Must Die, a documentary by Ing K and Manit Sriwanichpoom about the banning of their film Shakespeare Must Die. The documentary films Manit as he waits for the censor's verdict on Shakespeare Must Die, and follows him as he appeals against the ban at the Ministry of Culture and files a case with the Office of the National Human Rights Commission.

Censor Must Die's most revealing and depressing sequence takes place in the Ministry of Culture's headquarters: in the lobby is a TV playing a looped video demonstrating the traditional Thai method of sitting in a polite and respectful manner. The Ministry, which should be supporting contemporary Thai art, instead promotes an outdated and patronising interpretation of Thai culture.
Categories: Apichatpong Weerasethakul, censorship, film reviews, film screenings, Thailand
continued...