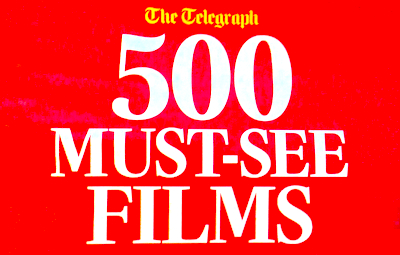 The critics' lists mostly contain foreign-language classics that don't fit into the main genre categories. There are actually only 499 films listed, as Out Of The Past mistakenly appears twice. The list is much more credible than The Sunday Telegraph's previous attempt, 100 Best Films. Contributor David Gritten was responsible for the 2008 Halliwell's Film Guide and the final nail in Halliwell's coffin, The Movies That Matter.