The Race For Colour 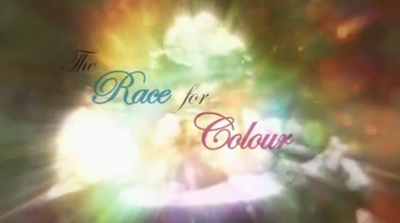 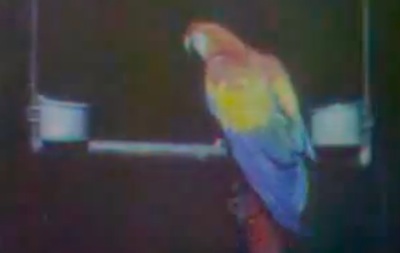 The Race For Colour, directed by Vince Rogers, was broadcast on BBC1 on Monday. It's a short documentary on the discovery of the first experimental colour film.

Staff at the UK's National Media Museum in Bradford (which, incidentally, has a splendid Cinerama auditorium) found a reel of 38mm film made by Edward Raymond Turner in the 1900s. Turner shot with black-and-white film through red, green, and blue filters, and projected the film through the same filters to produce a colour image. (Previously, colour had been achieved artificially by hand-painting or tinting each frame.) After Turner's death, however, his test films were considered lost, and a rival system, the Kinemacolour process, was developed instead.

Kinemacolor was a retrograde technology, though, as it used only two filters (red and green, a simplification of Turner's three-filter process), resulting in less realistic colour reproduction. Kinemacolor was one of a series of cinematic innovations produced by the 'Brighton school', a group of film pioneers that included William Friese-Greene (inventor of the Biophantascope), Charles Urban, James Williamson, and George Albert Smith. They are particularly famous for their early use of close-up photography, in Smith's film Grandma's Reading Glass and in Williamson's The Big Swallow.

Technicolor eventually achieved realistic colour reproduction, initially with a two-strip process used for The Gulf Between and The Black Pirate. Three-strip Technicolor was first used for Becky Sharp, though is most famous for the classics The Adventures Of Robin Hood, Gone With The Wind, and The Wizard Of Oz.

The Race For Colour includes fragments of Turner's colour film, which dates from 1902, demonstrating that his three-colour system was at least twenty years ahead of its time. The programme also features Martin Scorsese discussing Turner's footage.

The discovery of Turner's film rewrites film history. After the hand-coloured version of A Trip To The Moon, the longer version of Metropolis, and the Danish version of The Passion Of Joan Of Arc, Turner's footage represents yet another incredible discovery of a historic silent film.
Categories: media
continued...