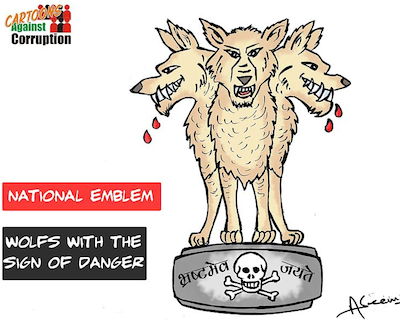 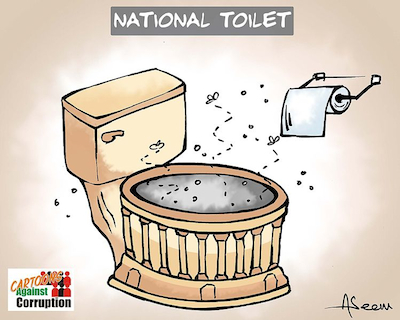 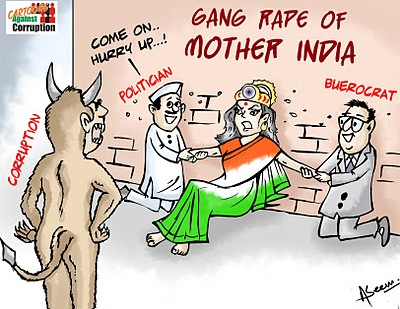 Aseem Trivedi has been arrested in Mumbai, and charged with insulting India's national symbols. Trivedi founded Cartoons Against Corruption last year, to campaign against political corruption, and his cartoons were displayed at MMRDA in Mumbai last December.

Trivedi's most controversial cartoons include National Emblem, which represents the four Sarnath lions as bloodthirsty wolves; National Toilet, in which the country's parliament is depicted as a toilet; and Gang Rape Of Mother India, which uses a sexual metaphor to symbolise the damaging influence of corruption. Trivedi faces up to two years in prison if found guilty. His detention comes after the arrest last year of another Indian cartoonist, Harish Yadav.
Categories: censorship, politics
continued...