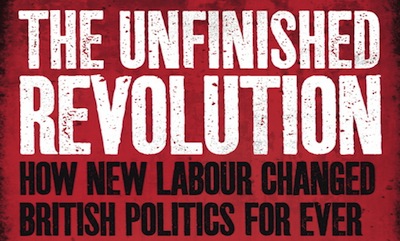 Philip Gould's book The Unfinished Revolution: How The Modernisers Saved The Labour Party has been substantially expanded, and now has a new subtitle: How New Labour Changed British Politics For Ever. The new version reprints the original edition and supplements it with an entirely new second part (similar in organisation, though not in subject, to the expanded edition of Nightmare Movies).

The new section covers Labour's three terms in government under Tony Blair and Gordon Brown (though Andrew Rawnsley dealt with the same period more objectively in Servants Of The People and The End Of The Party). Blair has written an extensive foreword to Gould's book, arguing that Brown "took an Old Labour way out of the financial crisis"; advocating a return to the New Labour agenda, Blair even uses that old phrase from the Bill Clinton era, 'the Third Way', which is hardly likely to inspire a revival of Labour's fortunes.
Categories: book reviews, politics, Tony Blair
continued...