The Greatest Films Of All Time 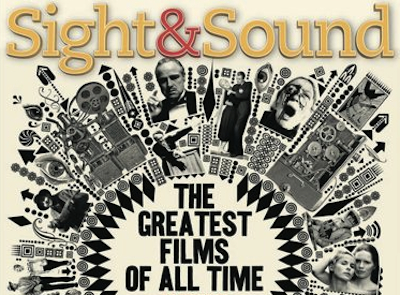 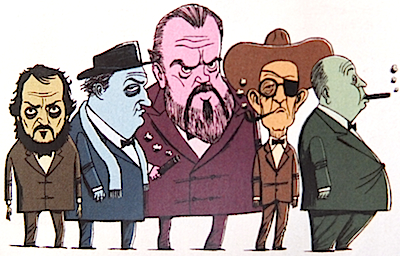 Yesterday, Sight & Sound magazine announced the result of its decennial film poll: a list of the ten greatest films ever made, selected by film critics from around the world. For film-poll connoisseurs (including myself), Sight & Sound's list is the ur-list, the first and most authoritative guide to classic films.

The poll was originally conducted in 1952 (with Vittorio de Sica's Bicycle Thieves at #1); in the second poll, in 1962, Orson Welles's Citizen Kane was #1, and it remained in pole position throughout each subsequent poll. This year, however, Citizen Kane was displaced by Alfred Hitchcock's Vertigo (which came a close second to Kane in the previous list, in 2002).

This year's new entries include The Searchers and The Passion Of Joan Of Arc (both of which skipped a list, appearing in 1992 though not in 2002). Man With A Movie Camera, the other new entry, is the first documentary to appear in a Sight & Sound list. Man With A Movie Camera has replaced another Russian silent classic, Battleship Potemkin, which had appeared on every Sight & Sound list since 1952; the relegation of Battleship Potemkin (to #11) leaves The Rules Of The Game as the only film to have appeared on every list.

Apart from Battleship Potemkin, two other films from the 2002 list are also missing from this year's top ten: Singin' In The Rain drops to #20, and The Godfather (now counted individually, rather than as a joint entry with The Godfather II) falls to #21. Surprisingly, Apocalypse Now (at #14) received more votes than The Godfather, making it Francis Coppola's most acclaimed film.

The magazine also surveyed film directors, to produce a separate top ten (with Tokyo Story at #1, and Citizen Kane and 2001: A Space Odyssey jointly placed at #2). Both lists, and the individual choices of many of the critics and directors, appear in Sight & Sound's current issue.