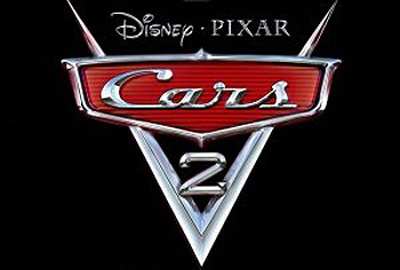 Cars II, the sequel to Cars, was directed by Pixar's John Lasseter. The sequel shifts its focus from Lightning McQueen to his hick friend Mater, a goofy character surely of interest only to very young children. Consequently, there's not enough of the appealing Owen Wilson (who recently starred in Midnight In Paris, and is most famous for the Frat Pack films Zoolander, Wedding Crashers, and Meet The Parents). An espionage sub-plot with cameos by Michael Caine and Emily Mortimer adds interest.

Unusually for Pixar, the original Cars was critically and commercially underwhelming, and Cars II, like most sequels, is inferior to the original. Cars was one of Lasseter's pet projects, which may explain why the sequel was green-lighted, though unfortunately the franchise's toy and merchandising potential may be another explanation. I saw it in 2D, but it has also been released in 3D, IMAX, and IMAX 3D.