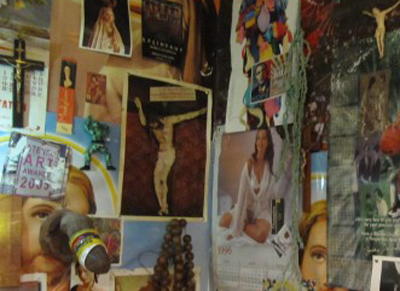 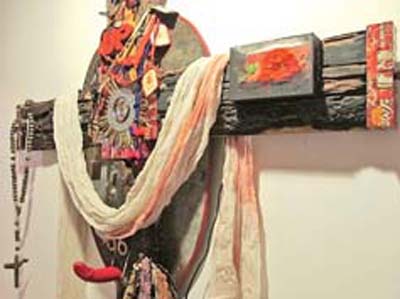 Kulo, a controversial exhibition accused of blasphemy and subjected to vandalism, has been closed prematurely. The exhibition opened on 17th July at the Cultural Centre of the Philippines in Manila, and was originally scheduled to run until 21st August.

Poleteismo has been shown in Manila several times before: at the Vargas Museum in 2002, at the Kulay-Diwa gallery in 2005, and at Ateneo de Manila University in 2007. It was profiled on the Telecingko television programme in 2005, and featured in a video directed by Sigfried Barros-Sanchez in 2007.
Categories: art exhibitions, blasphemy, censorship
continued...