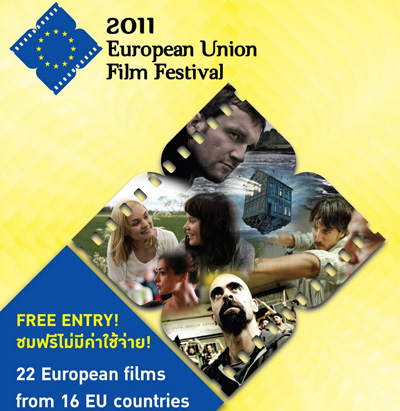 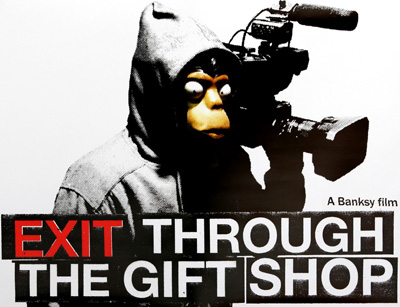 This year's European Union Film Festival is being held, like last year's Festival, at BACC. The event opened on 7th July, and will close tomorrow. All screenings are free.

The Festival includes Banksy's documentary (or mockumentary) Exit Through The Gift Shop, a profile of fellow graffiti artist Mr Brainwash. It's not clear how much of the documentary is actually true: Mr Brainwash's Warhol-esque self-documentation seems too convenient; his sudden transformation into a conceptual artist (a la Damien Hirst or Jeff Koons), and his absurdly derivative art (inspired by Andy Warhol), are surely satirical rather than factual.

Exit Through The Gift Shop was first shown on 14th July and was screened again today. Banksy, arguably the world's most famous guerrilla artist, also wrote the foreword to Trespass, a history of street art. Mr Brainwash subsequently designed the cover for Madonna's Celebration album, suggesting either that she was in on the joke or (more likely) that she believed the hype.
Categories: film screenings, Thailand
continued...