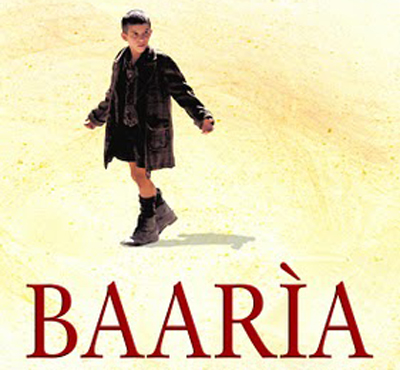 Baaria, directed by Guiseppe Tornatore, is an epic drama set in a seemingly idyllic Sicilian village, in which a young boy, Peppino, grows up under Fascism and later becomes a Communist. Tornatore's broad canvas encompasses half a century of Italian politics, World War II, Peppino's marriage and five children, and an extensive collection of supporting characters.

As in Cinema Paradiso (which is invoked by numerous film posters and an extract from Cabiria), the principal ingredients are childhood innocence, picture-postcard scenery, and nostalgic reflection. Ennio Morricone's sweeping score, and a cliched ending (was it all a fantasy?) add to the sentimental atmosphere.
Categories: film reviews
continued...