A Letter To Uncle Boonmee 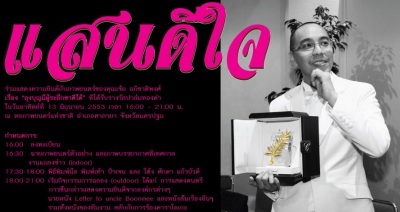 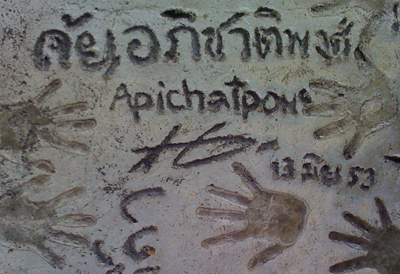 The Thai Film Archive (in Salaya, near Bangkok) will screen Apichatpong Weerasethakul's short film A Letter To Uncle Boonmee this Saturday, to celebrate Apichatpong's new film Uncle Boonmee Who Can Recall His Past Lives winning the Palme d'Or at Cannes this year. Both films are part of an installation titled Primitive, alongside the short film Phantoms Of Nabua.

Uncle Boonmee Who Can Recall His Past Lives will have a press screening in Bangkok next Friday. Apichatpong gave press interviews at the Thai Film Archive on Tuesday; his short films Luminous People and Morakot were screened there in 2008, and his feature-length Tropical Malady was shown there last year.
Categories: Apichatpong Weerasethakul, film screenings, Thailand
continued...