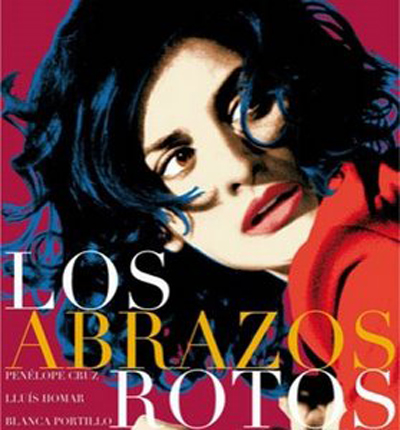 The central character in Pedro Almodovar's Broken Embraces is a blind script-writer and former director whose lover, Lena, died after their affair made her husband jealous. The film was screened at the 2009 Bangkok International Film Festival last month, and is now on general release.

Broken Embraces is more consistently restrained than Almodovar's two previous films, Volver and Bad Education, neither of which take their dark themes completely seriously. Broken Embraces does have some comic relief, however: rushes from the film-within-the-film, the melodramatic Chicas & Maletas (which is modelled on Almodovar's frenetic comedy Women On The Verge Of A Nervous Breakdown).

Almodovar has described Broken Embraces as a film noir. It does feature typical noir themes, such as jealousy and betrayal, though Lena is no femme fatale, and Almodovar's sets and lighting are only slightly less bright than his usual style.

Penelope Cruz is outstanding as the writer/director's lover, and Blanca Portillo is also particularly effective as his agent. Cruz and Portillo both previously appeared in Volver.

It's hard to feel sorry for the central character, however; he is blind and in mourning, yet he lives in a beautiful apartment, has several assistants, and apparently seduces women on a regular basis. For me, Almodovar's greatest film is still Talk To Her, with its devastating narrative, sympathetic and morally ambiguous characters, and moments of outrageous comedy.
Categories: film reviews
continued...