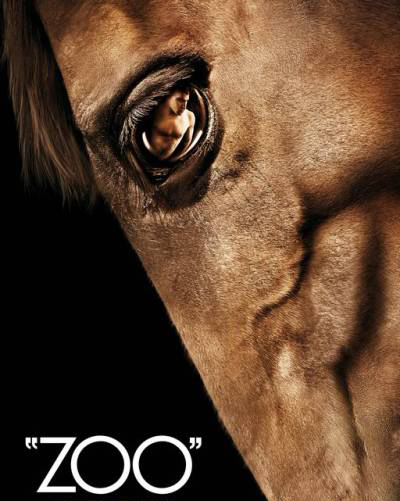 Robinson Devor's film Zoo is a documentary about Kenneth Pinyan, who died in 2005. Pinyan, also known by the pseudonym Mr Hands, was a zoophile who fatally perforated his colon during sex with a horse at a farm near Enumclaw, Washington. (Bestiality was not illegal in Washington at that time, though it was criminalised following Pinyan's death.)

The use of reconstructions and atmospheric imagery, and the lack of authoritative narration or detailed factual information, are increasingly common in contemporary documentaries. In Zoo, audio interviews with other Enumclaw zoophiles (who never refer to Pinyan by name) are accompanied by overly aestheticised, non-judgemental reconstructions of the events they describe.

There are very few precedents for a documentary on this subject. On UK television, Channel 4 screened Hidden Love: Animal Passions in 1999, which featured an interview with Mark Matthews, another zoophile with a passion for horses. Matthews was a guest on the Jerry Springer Show in 1998, though the episode (I Married A Horse) has never been broadcast.
Categories: censorship, film reviews
continued...