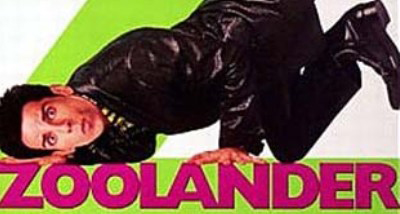 Zoolander is the first Frat Pack comedy that I really laughed at. The film's main strength is the presence of Ben Stiller as actor, co-writer, and director. Stiller is arguably the most talented of the Frat Pack group. His co-star, Luke Wilson, is one of the rare Frat Packers capable of emotional performances rather than simply broad comedy. (Stiller and Wilson also appeared in Meet The Parents, a quasi-Frat film.) Yes, Will Ferrell has a large role in Zoolander, and I'm not the world's biggest Will Ferrell fan, but at least his Zoolander role is so exaggerated that Ferrell's inability to play realistic characters goes un-noticed.