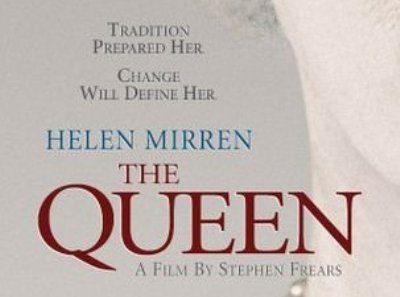 Helen Mirren plays Elizabeth II, and Michael Sheen plays Tony Blair, in The Queen, an account of the aftermath of Princess Diana's death. (Sheen has played Blair before, in the Channel 4 UK TV drama The Deal, from the same director and writer as The Queen.)

Director Stephen Frears takes us inside Balmoral and Downing Street to show us the private reactions of the Windsor and Blair families. Plausibility is maintained throughout, and the script was reputedly based on interviews with people closely connected to the real events. The Queen is stoical (maintaining the traditional British stiff upper lip), whereas Blair recognises that an emotional connection with the public is necessary. Against the advice of his wife and press secretary, Blair persuades the Queen to bow to tabloid pressure and pay tribute to Diana.

Living in Thailand gives a new perspective on royalty. Thai people are proud of their King and royal family, and public criticism of them is perhaps Thai society's greatest taboo. It would be impossible to make a film like this in Thailand about the Thai monarch, and I am even slightly surprised that it was made in England so soon after Diana's death, with Elizabeth II and Blair both still in power.
Categories: film reviews, Tony Blair
continued...