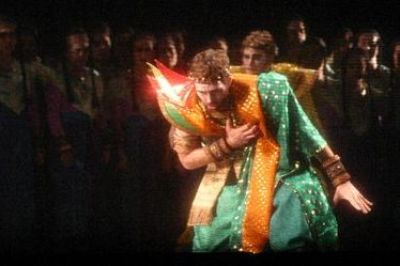 Following the banning of Idomeneo in Berlin, another opera has been censored, this time here in Bangkok. Ayodhya, Somtow Sucharitkul's operatic interpretation of the epic poem Ramayana, was performed in Bangkok on three nights last week. Each of the performances was censored following intense pressure from the Ministry of Culture.

The opera's final scene, as originally staged, included one character, the demon Thotsakan, being fatally wounded. However, the Thai Ministry declared that, according to the tradition of 'khon' dance-drama, it is bad luck to depict Thotsakan's death, therefore they would not permit it in Ayodhya (even though Ayodhya is an opera, not a khon performance). Somtow, who has an extremely high reputation in Thailand and internationally, did initially fight the decision, though he later reluctantly caved in.
Categories: censorship, Thailand
continued...