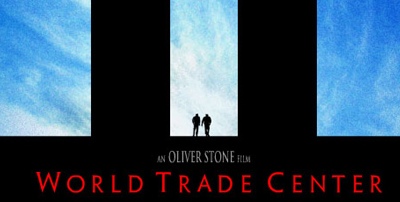 World Trade Center is Oliver Stone's take on the New York terrorist attacks of '9/11' (11th September 2001). Stone is really the only director with the pedigree for such a project, as he has previously tackled major American political events such as the Vietnam war (Platoon and Born On The 4th Of July), the Kennedy assassination (JFK), and Watergate (Nixon).

The difference this time is that Stone's film has no agenda. He is at his best with provocative historical revisionism, most notably in JFK, though with World Trade Center he takes no stand and instead depoliticises his subject-matter.

Kubrick once commented that although the Holocaust involved the deaths of millions of Jews, Schindler's List was instead about hundreds of Jews who survived. The same argument can be used in the case of World Trade Center: 2,602 people were killed in New York, though the film is primarily about two people who lived. The film does not successfully convey the scale of the devastation in New York and across America. The impacts of the planes and the collapsing of the towers are not depicted in the film, perhaps because of the ubiquity of such images in the news media.

The film would be dramatically improved with the omission of two short (and cliched) sequences. A montage of peoples from various countries and cultures, all watching open-mouthed as the towers collapse on CNN, propagates the rather offensive notion that the attack on the World Trade Center was an event which shook the entire world. Other countries are facing indirect repercussions, such as increased security, though the tragedy of 11th September was largely an American tragedy. Also, when one of the trapped men slips into unconsciousness, we actually see his vision of Jesus, bathed in white. Idyllic flashbacks are one thing, though Jesus and the tunnel of light represent a step too far.
Categories: film reviews
continued...