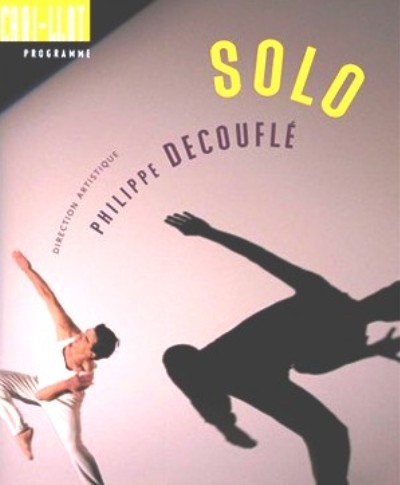 Bangkok's annual French arts festival, La Fete, ended yesterday with Solo, a modern dance performance by Philippe Decoufle (first performed in 2004). It was amusing and entertaining, though a bit too whimsical, with tricks and jokes in place of substance.

The performance began with Decoufle explaining that dance is essentially autobiographical, prompting him to sit at a desk and show us snapshots of his friends and family. This may have demonstrated his charm, though it had nothing whatsoever to do with modern dance.

After this quirky introduction, the performance developed into a multi-media spectacle. Using video cameras and projectors, Decoufle was able to interact with a reversed projection of his own image. With another camera, he could infinitely replicate his every movement on a large screen behind him, in a tribute to Busby Berkeley's musical choreography.

It was the Berkeley tribute section that was the most impressive in the show. Somehow, the multiplied images of himself spiralled into the distance, and each one was delayed by a split second, so that, when Decoufle moved, he was followed by a virtual chorus line of his own reflections. (A live video version of the mirrored corridors in Citizen Kane, The Lady From Shanghai, and Enter The Dragon.) Further camera tricks produced a video kaleidoscope of Decoufle's multiplied body.

Decoufle has worked as a clown, a mime, and a filmmaker, and these skills were all central to Solo. Only at the end of the performance did the cameras and screens disappear, leaving the performer isolated (truly solo) and actually dancing.
Categories: Thailand
continued...