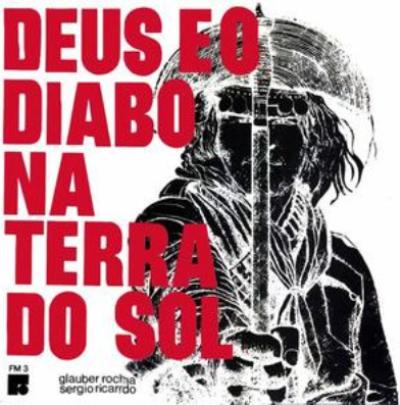 I saw Glauber Rocha's film Black God, White Devil today. The film looks stunning, with black-and-white, almost solarised, photography. At the start, the camera is hand-held and moving frenetically, but later there are some lovely images of desert landscapes and ruined buildings. It's a very slow film, though, with the ritualised action punctuated by long pauses in which the characters simply stand around staring at each other. Most characters also have a knack for speaking with portentous pauses, which slows things down even more.

Rocha was the most influential director of Brazil's New Cinema movement in the 1960s, and this was his first internationally-famous film, but the earlier social realist New Cinema films are arguably more important than the theatricality of Black God, White Devil.
Categories: film reviews
continued...